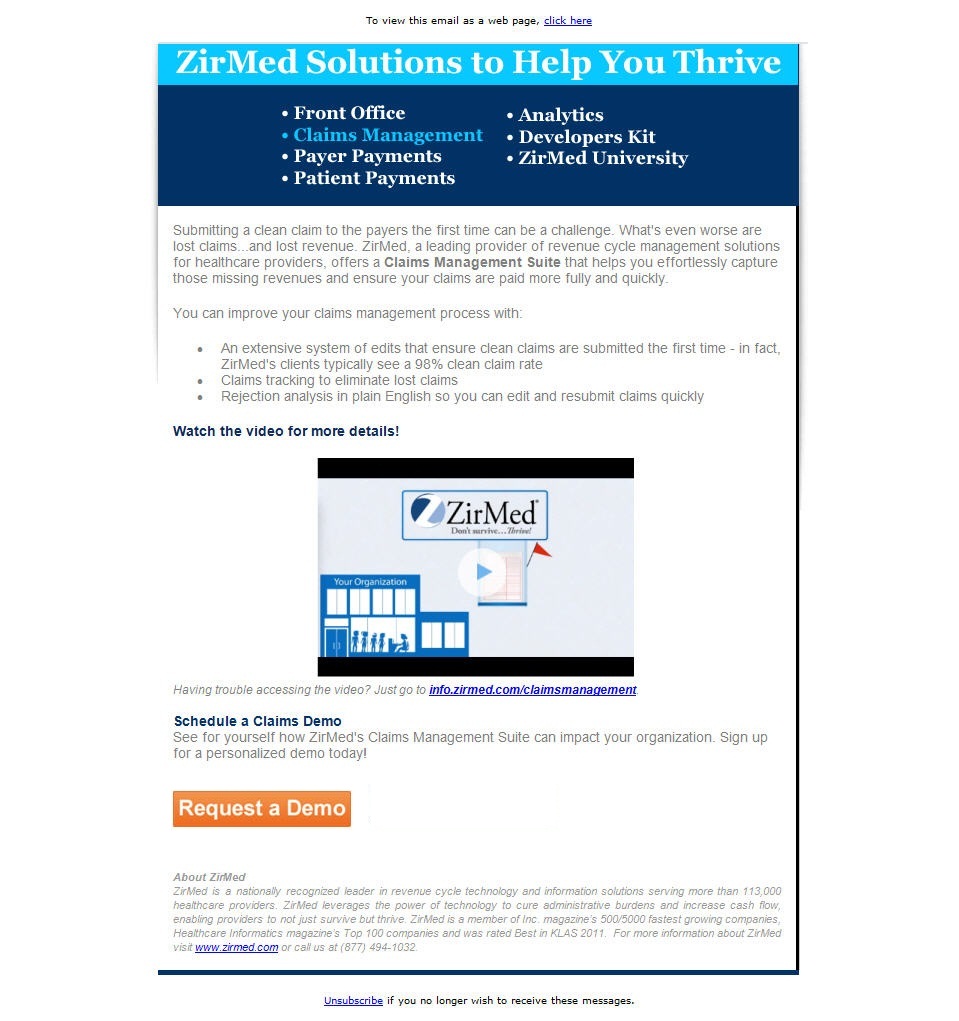 I was selected to run the 2012 Thrive conference after having successfully run the technological, design and session creation portions of the 2011 conference.

The 2011 conference involved 300 clients from 220 sites.  These all viewed the 45 minute keynote, and then choose which of three live interactive presentations to experience per hour for 5 hours, culminating in an awards and recognition at the end.  We also had a separate pay-for-entry live, continuing education training track (4 sessions).  The 2011 event was revenue neutral.

For 2012 we increased the goals ambitiously.  Our target attendance was 700 users.  We intended to present at least 25 sessions and to still be revenue neutral.  The increased number of users meant that the architecture needed to be re-eningeered and that the costs would increase greatly.  After investigating nine options for outside execution, I proposed that we design the system in house, tying together three outside platforms with an ASP.Net front end of my design.  This execution allowed us to flawlessly present 26 sessions over 5 hours and allowed seamlessly passed named access to CEU content over our LMS.